The automotive industry has definitely seen a drastic shift and improvement in the quality of pickups over the past seven to eight decades. Not only has performance been an ever-improving aspect of pickups, but unique and eye-catchy designs have become the norm in vehicle production.
Despite being relatively cheap at one point, these classic pickups have seen a sudden sharp increase in price, so here are 10 classic pickups that shot up in price.

10: 1955 Chevrolet Cameo
The Chevrolet Cameo was at the time, the most innovative and luxurious pickups offered in the market, with the pickup setting some unprecedented records post-production, and remains to this date an awe-inspiring pickup.
With the average household income at $4,130, the $1,900 Cameo found its way into quite a few households, with initial sales reaching 5,000 units. The three-seater pickup was a beauty and was the definition of luxury in a pickup as it featured some nice carpeting on the interior alongside a bench seat, radio, and polished dashboard, all luxury features that were uncommon at the time.
Nowadays, a cameo sells for around a hefty price of $60,000, a noteworthy increase of $58,100.

9: 1957 Dodge Sweptside
The Sweptside might not have been one of Dodge’s most successful models during that time, but nowadays, has suddenly received a lot of love and attention from car and truck enthusiasts.
Despite having a pretty solid engine sitting at 204 horsepower, the Sweptside was overlooked, mostly for its unique and different exterior, which people found off-putting. With an initial price of $2,100, the Sweptside lasted in production for about one or two years before it ceased. It ended up reaching an average sales price of $60,000, finding its way into houses as a collector’s item.

8 : 1956 Ford F-100
Perhaps one of Ford’s most iconic productions over the years was the infamous Ford F-100, a pickup that has made the F-series family what it is, which is why it comes off as no surprise that over the years, the Ford F-100 has gone up in price.
The F-100 has been known to be one of the most durable pickups available in the market, and the elegant innovative design the F-100 had throughout the 50s and 60s made it a crowd favorite, and sales were through the roof. The affordability of the Ford F-100 is also what gave it an advantage over its competitors as it cost around $600-$700 less than the competing models, a considerable difference at the time for a pickup that could perform just the same if not better than most pickups. Despite their massive size and insane performance, the Power Wagon sold for $1,600 for the longest time but now will cost you a pretty penny with a retail price of $65,000.

6: 1946 Studebaker M – Series
The Studebaker M-Series was the first pickup to incorporate a classic luxurious look into a pickup intended for medium-duty work. The Studebaker M – Serie’s majestic exterior made it a pickup of interest for many enthusiasts at the time, especially seeing as how this pickup sold for the steep price of $1,100.
With an admirable inline six-cylinder engine rated at 94 horsepower, it’s not hard to see why one of these beauties costs around $40,000. These Chevy pickups witnessed a much smaller and compact design when compared to older models while maintaining their fierce and respect-demanding look.
The pickup’s performance also improved drastically with pickups able to produce more torque at lesser rotations.

4: 1946 Hudson Pickup
Hudson was known for their attention to detail and thinking ahead of time with their installment of comfort features into their work pickups. Some of the key features that separated the Hudson pickups from other names were the installment of radio and heater, two things considered a luxury in work pickups at the time. Additionally, the refined and detailed exterior with the classic wheels and attractive grille added a lot of style and elegance to the pickup.

Costing $1,100 for quite a period of time after the production, the Hudson pickup has gained quite the attention and popularity over the years, making the pickup worth around $50,000. With three available engine options, the availability of choice certainly played a major factor in the appeal the International had, seeing as how it was able to be bought for everyday activities, or some good old farm work, which the International was exceptional for both.
Closing their doors in 1980, the number of these pickups is extremely limited, which caused prices to skyrocket as far as $100,000. These gems were worth a mere $1,407 at one point, but with people realizing how valuable they are, the price has seen an increase to $55,000 for one of these in optimal conditions.

1: 1978 Ford F-150
The F-100 is not the only star of the F-series family, with its competing relative the F-150, flaunting its own fearsome and reputable performance and showing why it’s better than a lot of its competitors.
The Ford F-150 boasted an impressive 130 horsepower provided by the inline six-cylinder engine, showing why Ford was the pickup to go at the time. The Ford F-150 averaged a life span of 20 years during which it gave a top-notch reliable performance while looking like an absolute beast. Top 10 Classic American Muscle Car Models You Should Not Miss. 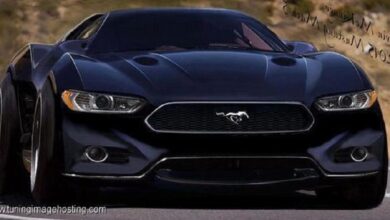