So just whose idea was that? Along with the business coupe and the Ranchero/El Camino utility pickups, the large two door station wagon ranks right up there in the Pantheon of American car oddities. One can even make a pretty good argument that it towers above them, given its questionable heritage and utility. The business coupe’s origins go back to the earliest coupes, like the Model T, when roadsters and two-passenger coupes were were common. And the utilities were just an update on those same coupes and roadsters with little beds grafted onto them, the pickup’s precursor. But for about a dozen years or so, Detroit graced Americans with something they had no idea they needed: the two door wagon. Before WW2, the station wagon was primarily a commercially-oriented vehicle, and given its intended role in hauling large numbers of people and their cargo, always with four doors (or more, like this handsome LaSalle) . A two-door wagon? It’s possible that someone will prove me wrong and show me that a production two door wagon existed before WW2. Station wagons then were almost always built by outside contractors, using plenty of wood, and at least four doors. And almost all of them were registered as commercial vehicles, given their commercial chassis underpinnings and typical role. But like so many things automotive and otherwise, the post war era unleashed big changes. Ironically, it all started with the maker of that WW2 icon, the Jeep. Desperate for a new market, Willys brought out their quite revolutionary all-steel wagon in 1946 (the wood grain is painted on). Given that this was not intended to directly compete directly with the existing station wagon market, and rode on a substantially shorter wheelbase, two doors certainly made sense. The Willys was also significantly shorter, and not available as a three-row wagon. Rightfully, it could be called a compact wagon, and was available with a four or six. In a world of strictly genuine-wood four-door wagons, the Willys was a true revolutionary. Plymouth clearly was heavily influenced by the Willys wagon, and introduced their own all-steel two-door wagon in 1949. This marked the first all-steel wagon by the Big Three, and was made right on the same assembly lines as the sedans. The Plymouth two-door wagon sat on the smaller 111″ wheelbase of the junior P 17 Plymouths, which only came in two doors variants anyway. The larger P 18 series had a traditional woody four door wagon, so both bases were covered. The Plymouth wagon was a big hit, and given its rugged construction, could still be seen in its role of hauling families well into the sixties. Ford really jumped into the two-door wagon pool with both feet in 1949. Unlike Plymouth, Ford only had two-door wagons for their 1949 – 1951 models, including the nine-passenger Country Squire. In a bit of an odd twist, Ford kept the traditional wood construction. Might as well be sure you’re going to float after taking that plunge. The logic of building a two-door three-row wagon, with the third row still facing forward, would be mighty difficult to muster in today’s obesity-challenged world. Folks still knew how to bend and clamber. And there they are, all happily ensconced, including adults in the third row. Well, the Ford certainly was a nice looking wagon, until the lacquer peeled off the wood and it started to fade and rot. Chevrolet went the other way, offering only four door wagons. These tall wagons were quite roomy too, although maybe not quite so as is depicted in the ever-unfaithful renderings of the time. Makes it look like a bus in there. Ford added four door wagons by 1952, and kept both body styles in production. But Chevrolet held out until 1955, when the Handyman low-level two door wagons were introduced, as well as the very upscale Nomad (CC here), which had its own unique sheet metal. Suddenly, the questionable identity of the two-door wagon became really fragmented, populating the very low and high end of the station wagon pecking order. With the Nomad, the idea of the wagon as a sporty, upscale vehicle took hold, but its life as a two-door was quite short, ending after the 1957 model. But its influence would be felt to some degree or another throughout the rest of the station wagon’s tenure. Ford responded to the Nomad with their 1956 Parklane, but it was really just a gussied up two-door Ranch wagon. Plymouth didn’t bother, and the two-door wagons were just the typical bottom of the barrel variety.

Although with the all-new 1957 models, the low end Plymouth wagons can hardly be called lack-luster. In fact, they’re quite dramatic. But I can’t recall seeing one in the flesh, rotted or just just spongy. Big Plymouth and Dodge wagons of the time were popular with big families, but they mostly stuck to the four door versions. Mercury was notoriously flamboyant in the 1957 – 1959 era, and they fielded not just a two-door wagon, but a two-door hardtop wagon! Now we’re really starting to make sense! Unless I’ve really blown it, Mercury was the only one to do so. Well somebody just had to. That made me wonder if Edsel got to share that body shell too. No such luck; instead they had to make do with the lowly Ford Ranch Wagon body, and a name that would really resonate today: Edsel Roundup, guaranteed to kill something.

The big-bodied Big Three cars of this period rightfully marked the end of the whole foolish exercise. It’s not like most folks couldn’t afford the extra eighty bucks to get you that second set of doors. But with a wave of new compacts about to make the scene, giant finned two-door wagons suddenly just seemed ridiculous. 1960 marked the last year for the big Chevy Brookwood two-door.

Ford lasted one year longer, with this quite rare 1961 two-door Ranch Wagon.

And Plymouth also bowed out after 1961. Any of these later year two-door wagons are hot commodities now. But what about the independents? Where they true to their name, and stayed out of the two-door wagon mania? One can excuse the compact little Rambler, especially since all the bigger Rambler wagons were exclusively four doors, and it was so damn cute anyway.

Studebaker didn’t even enter the wagon market until 1954, and then only with a two-door. But a four door came along a couple of years later. And Studebaker took the whole stripper concept to its ultimate and most starkly naked extreme. In 1957, the Scotsman sedan and wagon were devoid of every possible amenity, including chrome-plated hub caps. Even wasting color film on publicity shots would have been all wrong with this el-cheapo special. And just try using that name today. The 1959 Lark may have been promoted as a thrifty compact, but it had the same basic Studebaker body, minus the goofy front end. And the whole Scotsman austerity theme was out, as this ad makes quite clear. Small doesn’t have to be spartan. Especially when small is in.

The new 1960 compacts took different approaches to their wagons. Falcon (and Comet), fielded both versions, to great success. The Valiant stuck to four doors only.

I shouldn’t really show it here, because it was such an ugly duckling. No wonder the Falcon wagon is totally creamed it. And good luck try finding one of these early Valiant wagons today. And the Corvair joined the compact wagon party in 1961 with four door wagons only too. Given that the Chevy II was due the following year, having two compact four door wagons made no sense. Chevy should have made a Nomad-ish Corvair wagon, as a companion to the sporty Monza coupe. Unlike the total dud Lakewood wagon, that could well have been a hit. So now we get to the end of the story. What was the last two-door wagon standing? Well two actually. The Falcon’s last year for that body style was 1965, which was really just an updated 1960. How’d you like to have that one, with a 289 and stick shift? But it was Chevy that revived the two door again, as a fresh new body style of the all-new 1964 Chevelle. It had a very obvious Nomad-inspired side window treatment and B-pillar, but was available only as a low-trim Chevelle 300. Why Chevrolet bothered to tool this up, when none of the other competing intermediates were offering a two-door wagon might be hard to fathom, except for the fact that the new El Camino shared much of its body structure, minus the roof. But having done so, why they didn’t offer it as a sporty Nomad is even harder comprehend. Can you imagine what a cult status a ’65 Malibu Nomad SS 396 would have? Needless to say, these ’64 – ’65 Chevelle 300 two-door wagons have pretty much all been appropriated by the go-fast crowd, for obvious reasons. And who can blame them, since Chevy missed out on such an opportunity to revive the Nomad. One last speculation: why didn’t John DeLorean appropriate the Chevelle two-door wagon body for Pontiac, and turn it into a GTO shooting brake? Sounds like it just needs to be done; at least on photoshop. Any volunteers? There would be precedence, of course, as Pontiac got their sticky fingers on the original Nomad.

Someone’s gone and done it the 1964 Buick Sportwagon, and that’s not a photoshop. Maybe we’ll leave it at that, since this Sportwagon makes as much or more sense then most of the production two-door wagons. Let’s face it, the lasting impact of the two door wagon was hardly its utility, but as a plaything and oddity. And if you’re going to play, might as well make a sport of it. The 1987 Buick GNX: Not Just A Muscle Car – The Fastest Accelerating Production Sedan Ever Made 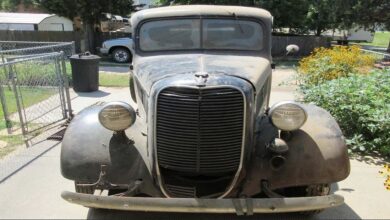 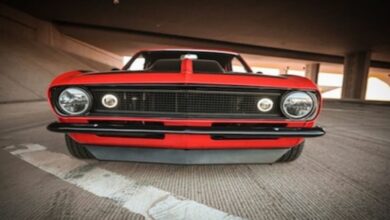 This Muscle Car Is A Legendary American Performance Beast.